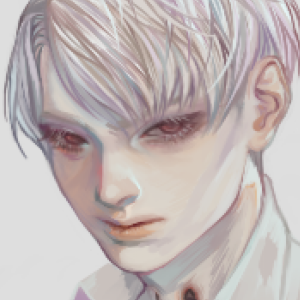 The total time the second-generation AI, “Butterfly”, stayed in use from its creation to its abolishment was a total of 98 years. The Federation’s Supreme Institution had just held its 100-year celebration just a few months prior to this.

This was said on the ship that was rushing over to the Institution Star. Zhong Yan had brought with him a team of experts consisting of the top AI experts and artificial planet experts. Now that they have departed, Zhong Yan organized a simple meeting for them to exchange information.

One of the artificial planet experts said, “No wonder nobody has been able to replicate another artificial planet with success. Now that I think about it, those secret documents have all been destroyed by ‘Butterfly’ after it came into power. After the deaths of all those who participated in the project, nobody knew where ‘Butterfly’s’ brain was anymore.”

“It’s still too early for conclusions.” Adrian tapped his fingers on the table. “The Institution Star has already gathered my soldiers as well as a professor who is an expert in artificial planets to conduct the surface blasting. The professor for the AI class is also on standby. Soon, we will be able to receive accurate news of whether ‘Butterfly’s’ brain is really down there.”

One of the AI experts who had just been urgently summoned a day ago sighed. “It really is a great blessing in this misfortune for this to have happened in the Supreme Institution. We have all sorts of experts available and we can get started immediately.”

“Your Excellency the Commander, I’m afraid ‘soon’ won’t cut it for us to open up the ground. At the very least, it would take a few hours,” said an artificial planet expert whose hair was already halfway turning white. “I had the honor to apply for an artificial planet exploration activity many years ago. We learned from that exploration that all the materials that makes up the Institution Star’s surface comes from the Tech System, and they are much sturdier than what your average planet is made of.”

The Tech System is a star system where the Institute of Science and Technology gathers, and it was right beside the Capital. Its unique geographical location and atmosphere of pure scientific research made this star system a holy place for all scientific-minded people. This time, most of the experts gathered for the AI abolishment plan consisted mostly of members urgently transferred over from the Tech System. Even the original Super-AI Research Institute which had been abandoned decades ago was located there.

Zhong Yan suddenly asked, “This exploration activity you mentioned…Was it the one that happened during spring eight years ago?”

The older artificial planet expert was stunned for a moment. After thinking about it carefully, he affirmed, “That’s right. It was spring eight years ago. Why is Your Excellency asking?”

Zhong Yan and Adrian looked at each other for a moment, and they both remembered the past. Zhong Yan smiled, “I just became the Student Council President at the time, and I was the one who arranged the reception of your exploration team. I was just wondering why you looked so familiar!”

“It was the President’s first contact with foreign affairs and he was nervous about it for a very long time,” Adrian teased, “He spent many days unable to sleep at night and he would drag me into it to fuss over the reception plan as well. It was a real handful.”

Everyone began to laugh and the tense atmosphere seems to have dissipated from this coincidence.

Since they have not received any results yet from the Institution Star, it wouldn’t help for them to continue talking about it on the ship. So, Zhong Yan said a few words of thanks to dissolve the meeting and immediately beckoned over an attendant to lead the experts back to the rooms they were arranged to rest.

Even after clearing the route and moving at full speed, it still took them two days and one night before they arrived at the Institution Star.

Adrian and Zhong Yan were walking side by side while they discussed the situation on the Institution Star. One of the attendants on the ship approached Adrian and asked, “Your Excellency the Commander, will you be returning to your room now?”

“Your room is not in this direction, please follow me…”

Zhong Yan who was also beside him looked over, confused. “Don’t you know what my relationship with the Commander is? Why is he in a separate room by himself?”

That attendant’s face was covered in shock and he quickly apologized in a stutter. But Adrian just waved him away, unperturbed.

The two of them entered the room arranged for the President and Adrian took off his jacket. “What’s wrong? You look upset.”

“It was practically written on his face!” While hanging up Adrian’s jacket for him, Zhong Yan fumed, “On his left it’s ‘are you really sleeping together?’ and on the right it’s ‘going all the way with your act? That’s too dedicated’!”

Zhong Yan was the man who led the impeachment of the AI and he also assigned military power to Adrian afterwards. This trend led more people to believe that the two of them had only gathered at this time for political cooperation. Now, both of them have clearly achieved their own goals. Each of them held one half of the world’s power. It seems like the two of them will be able to declare a peaceful breakup when the situation stabilizes soon.

This was the most widely accepted theory by the people, and has already become the main argument. And clearly, the attendant of this ship thought so as well.

Adrian laughed when he heard that. He took the man into his arms and said, “What sort of nonsense are you thinking about? Maybe we’ve only been assigned separate rooms because they felt that the beds on the ship were too small.”

“Do you think I’m so busy these days that I wouldn’t know what goes on in the virtual community?” Zhong Yan said grumpily. “I’ll still spend a few minutes each day to browse through the top news in the gossip section. The headline of the hot topic yesterday was ‘Countdown to the President’s divorce? Breakup time receives speculation’, and today’s is, ‘The most successful political marriage, analysis of the marriage between the Commander and the President’.”

Adrian didn’t know whether he should laugh or cry. Who would have expected that the President would still find time to look through gossip in his busy schedule? He quickly coaxed him. “Don’t be unhappy. When we reach the next signal area, I’ll make a post to tell everyone how badly I love you, alright?”

Zhong Yan burst out in laughter. “Don’t bother with it. Even I think it looks like you’re trying to cover something up. Who would believe you?”

But this was just a trivial matter after all. They could just make a joke out of it and that was that. Zhong Yan didn’t really put the matter to heart anyway, he just had to complain a little to vent if he saw it happen. But Adrian would always remember this. After that, the two of them no longer brought up the matter and instead began to talk about business instead.

“Have the professors and students on the Institution Star been evacuated?”

“A small portion of the professors and students who can help have willingly decided to stay. We’ve already arranged the evacuations for everyone else and they should be mostly gone by the time we arrive.” Adrian said, “There are also the important documents in the school that are also being sorted out so the second batch of evacuating professors can take them away.”

For a super-AI that has so many self-protective measures in place, a “shutdown” wouldn’t be able to put the people’s hearts at ease. Of course, it would be much safer to destroy it completely. If the situation allows it, then they’ll have to blow up the entire artificial planet to ensure “Butterfly’s” death.

Without any need for explanation, Adrian understood what he meant. He said with certainty, “There’s enough.”

Zhong Yan’s expression was gloomy. He had wanted to say that the planet was where he and Adrian met, and he also spent the happiest three years of his life there. Even without mentioning that, the Supreme Institution was, after all, a place that changed the lives of many people, and he still had some feelings towards his alma mater in the end. Just destroying it like that was really sad. But it would be too childish of him to bring that up. In the face of protecting the safety of humanity, this was just a school. If they cleared out all the personnel in the school, then its destruction was not a high price to pay.

He did not say anything, but Adrian held him and said, “I know. I can’t bear to see the school go either, or the memories of our three years there. But we’ll have a better and happier life in the future, so don’t be sad.”

Zhong Yan held his hand and regained his spirits. He nodded. “Yeah.”

“What’s more, it’s the ultimate dream of every student to blow up their school. You and I will be the first people to realize this dream. Cheer up.”

Zhong Yan patted his hand, amused. The gloominess in his heart also dispersed.

None of them could have imagined, however, that Adrian’s joke would not be realized.

During the night, they were woken up by an emergency alarm. Since they knew that news from the Institution Star would come at night, both of them were sleeping with their outside clothes on. Both of them quickly sobered up when they heard the sound.

“Supreme Commander, it’s me,” the head of the first division quickly said. He was calling Adrian by his old title, but nobody cared about correcting him at this moment. Adrian turned on the speakers and responded, “The President and I are both present. Speak.”

“The ground is covered in dirty bombs! The entire planet is filled with them! They’re buried deep under several layers of thick shields, but the number is too large. Our disposal experts estimate that it will take at least ten teams to work endlessly for many days to deal with them.”

Dirty bombs, radioactive weapons that were different from ordinary bombs or weapons that could kill a person directly. Once they explode, they would cause irreversible and disastrous large-scale environmental pollution. No living being or resource will be spared. Even more terrifying was the fact that after its explosion, they can try to rebuild, but even after spending a lot of resources to deal with the aftermath, the land is still contaminated by radioactive energy. The place will have to be abandoned for at least a few centuries.

Adrian and Zhong Yan both gasped at the same time. Zhong Yan asked, “What about ‘Butterfly’s’ server? Is it under the bombs?”

“It’s possible. We are now forced to suspend the mission. The bomb disposal team is now removing the dirty bombs from a small region. Only after they’re done can we continue with the detection operation.”

“What if we detonate the planet as we originally planned?” Adrian asked.

“I asked about it. They said that with this number of bombs…” The head of the first division laughed bitterly. “If it detonates, it will immediately contaminate at least 3 of its surrounding star systems, and it’ll spread to 10 within a year. In ten years, it will be able to contaminate most of the Federation.”

Both sides of the communication turned dead silent. Zhong Yan opened his own terminal to connect with his subordinates and took a deep breath before ordering, “Wake up all the experts in the ship and convene an emergency meeting in five minutes.”