It was clear that Jiang Yao was immensely angry this time. His eyes blazed with anger, and his smile was so chillingly cold that even Ling Mo started to fear for his safety.

“Is it normal that I feel much better after taking the poison?” Luo Xiao suddenly asked.

He hadn’t planned on saying anything, but he felt that the lack of energy and exhaustion which had always been deep in his bones was slowly vanishing.

He felt much more energized now – as if a river of energy had surged into his body.

He didn’t understand what was going on, but his words caused Jiang Yao to listen to him rather than focus on Ling Mo.

Even Ling Mo was stunned when he heard the words. Nine Yin Poison was a poison. When consumed it would kill any man that it came into contact with.

Men were of the yang attribute and were incapable of coping with the intense cold contained within the Nine Yin Poison. There were only four ways he could have survived. One was if he were a woman, but Jiang Yao did not doubt that he was indeed a man. Ling Mo didn’t doubt it either after seeing Jiang Yao’s reactions.

The second reason would be if he were stronger than a Saint Rank cultivator. At such a level it was impossible for the Nine Yin Poison to affect him because his internal energies would eliminate the poison on their own. But for Luo Xiao, this was not possible. Everyone who looked at him could see that his strength was only at the Low Earth Rank.

The third reason was the possibility of him having a special constitution that allowed for him to handle cold much better than other yang attributed men. This was a possibility, but it was also so rare and unlikely that Jiang Yao dismissed it after thinking for a bit. He had even checked Luo Xiao’s body with his Qi, but he hadn’t sensed anything unexpected.

And the fourth possibility was that he had some sort of secret treasure on his body that rendered the poison useless. This was what Jiang Yao thought happened.

He had previously seen Luo Xiao who had the strength of a mortal, kill a corpse puppet that was at the Heaven Rank. He still hadn’t figured out the reason for this outburst of energy, but he understood that it had to be something quite astounding.

Since it could kill a Heaven Rank cultivator as easily as it did, it was possible it could also counter the Nine Yin Poison.

It was not an increase in his cultivation base, but it was a slow and steady increase in strength.

Jiang Yao glared fiercely at Ling Mo, before he harrumphed, stood up, and dragged Luo Xiao with him towards the room they had rented.

He was in a foul mood because he realized that he didn’t have everything under control. If Ling Mo used poison, then he had nothing to fight back with.

Jiang Yao was so strong that poison wouldn’t work on him, and as a result, he did not carry antidotes with him. If Luo Xiao truly were poisoned, then he would be incapable of saving him.

This was unforgivable. The realization that things were not completely under his control was enough to enrage Jiang Yao. This time Luo Xiao had been fortunate, but who knew how long his luck would last?

When they reached the room, Jiang Yao once more gave a long glance at Luo Xiao’s body. No matter how he looked at him, he did look as delicate as a woman and as beautiful as a fairy, but he was without a doubt a man.

Although he had a lithe body with graceful arms, a beautifully shaped neck, and a face so innocent and pure that even the gods would be jealous, but no matter how he looked at him, this was a young man through and through.

Luo Xiao hesitated. He felt that if he took this hand, then he would lose something important to this man in front of him.

Seeing his hesitation, Jiang Yao frowned slightly but said nothing. He wasn’t used to someone not instantly following his orders, but it was clear that this young man didn’t see him as the selfish, ruthless creature that he was.

Although he was scared by his actions from time to time, this young man still considered Jiang Yao to be his rock – his place of safety. He felt comfortable in his arms and secure when he was close to him.

After hesitating for some time, Luo Xiao tentatively reached out his hand and took Jiang Yao’s.

The moment he took Jiang Yao’s hand, Luo Xiao felt electricity run through his body. He shook and almost withdrew his hand, but Jiang Yao held on to him tightly.

He then pulled him close and hugged him. Luo Xiao’s head was buried in Jiang Yao’s chest, and he smelled the gentle scent of sandalwood as he listened to the steady beat of Jiang Yao’s heart.

Luo Xiao closed his eyes and felt at peace. It felt so right to lay in Jiang Yao’s arms; it felt so comfortable to be held by his strong arms, but he also struggled to fight this feeling.

Luo Xiao was confident that Jiang Yao was only worried because he almost lost his precious Astral Soul. Luo Xiao didn’t doubt that the reason Jiang Yao was like this was due to him being poisoned, but not because he was wounded but because it meant he would lose the special Astral Soul he had come across.

The truth of the matter was that although Jiang Yao knew the value of Luo Xiao’s soul, he didn’t treat him how he would usually treat his useful subordinates.

He treated Luo Xiao like someone that mattered to him, and even he, himself, was amazed by his sudden change.

Why would he suddenly change his entire demeanor? Was it just because of this strangely beautiful soul cultivator?

At the same time, Jiang Yao was still ruthless towards everyone else. This inn had conspired with Ling Mo to kill Luo Xiao, so he would let them live one more day as he needed somewhere to sleep, but the following day, he would bathe the inn in blood.

His eyes were ruthless and cold when he thought about what could have happened, and his killing intent slowly seeped out of his body as he looked at the relaxed man in his arms.

“Nothing,” Luo Xiao muttered. He took his shoes off but kept his clothes on and looked at the bed as if he were looking at a bloody battlefield.

His eyes were solemn, and his body shook slightly. With a brief glance at Jiang Yao, he climbed into bed. He found a corner of the bed and wrapped himself up in one of the blankets. He then closed his eyes and tried to go to sleep.

His actions caused Jiang Yao to chuckle, but he said nothing. He undressed so that he was only wearing his inner robes and then laid down next to Luo Xiao – as close as he could get.

“You’ll be pretty cold if you don’t come closer,” he laughed, but Luo Xiao shook his head like a rattle drum. “I won’t get cold,” he said stubbornly, but Jiang Yao wasn’t willing to give up.

“Don’t worry, I won’t eat you,” he promised, but Luo Xiao looked at him skeptically. This was the man who treated him as his amusement. He enjoyed seeing him embarrassed and had fun teasing him.

But at the same time, Luo Xiao understood the differences between the two of them. Jiang Yao was capable of killing hundreds of experts at a time, whereas Luo Xiao couldn’t even kill one.

If Jiang Yao sincerely wished for them to sleep next to one another, Luo Xiao really had nowhere to run.

And that was precisely what Jiang Yao wanted. So he reached out his hands and picked up the sheet that wrapped Luo Xiao up before he placed him in his arms. He then took the other blanket and wrapped it around them as well.

“Now you won’t be cold,” he said satisfied while a brilliant smile shone towards Luo Xiao with such tenderness that his heart skipped a beat. He was unable to continue looking at Jiang Yao’s face without blushing.

Luo Xiao had been feeling slightly cold ever since he consumed the Nine Yin Poison, but Jiang Yao was correct, he did get quickly warmed up when the older male hugged him.

His head rested on Jiang Yao’s chest, and he heard the steady sound of his beating heart. The continuous, gentle rhythm made him drowsy.

Soon he drifted off to dreamland with his mouth slightly open and his eyes closed. Ever since he had been taken into Jiang Yao’s chest his face had been flushed red, and his eyes were closed because he dared not look at the handsome and alluring Jiang Yao, but now that he had fallen asleep, his skin turned white once more.

Looking at the boy in his arms, Jiang Yao felt like he was holding a jade figurine. Perfect in every way.

“He is so frail,” he muttered to himself, “I have to watch out and not hold on too tightly, or he’ll snap. I’ve been called handsome my entire life, but I never figured that something so small and fragile existed. Luo Xiao has to go through life with such a delicate body.”

Sighing, Jiang Yao shook his head. Every breath he breathed was filled with Luo Xiao’s scent, and for once Jiang Yao felt happy. “I don’t need sleep, but I guess I should make an exception for once,” he muttered and closed his eyes.

One arm rested on Luo Xiao’s slim waist while the other caressed his hair. Gradually his movements became slower and slower as he too fell into a deep slumber.

Ling Mo stood outside the door, pressing his ear against it. Jiang Yao had not bothered putting up a barrier since the barrier was useless against Ling Mo anyway, but this had given Ling Mo the idea of checking whether or not they were indeed lovers.

For a long while, he had a feeling that something wasn’t right. Luo Xiao was too timid, too frightened and weak. Were they truly lovers or was it just something that Jiang Yao was pretending they were?

He wanted answers, and the only way he could get them was to see their interactions when he was gone.

He quickly unlocked the door with his spiritual energy and opened it with a few creaking sounds.

The moment he entered the room, he heard the heavy breathing of the two who were deeply asleep. 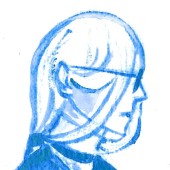 An eruption of maddened euphoria, screams of agony and one single wretched cry of sorrow...