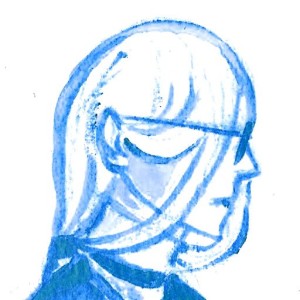 That night was truly a trial for Jiang Yao. He was unable to sleep and could only stare at the sleeping young man in his arms. If he didn’t have such strong self-control, the situation would have turned incredibly embarrassing for both of them.

“This is worse than torture,” Jiang Yao mumbled to himself as he knew that he could only look but not touch any more than he already had.

His hands, which were hooked around Luo Xiao, suddenly started caressing his slim waist making him feel excited. The skin underneath his inner robe was as soft as a newborn baby’s.

It was white like porcelain and had an ethereal feel. It was so alluring that Jiang Yao was losing his mind.

Without knowing about the troubles that Jiang Yao was undergoing, Luo Xiao slept calmly on his chest. His lips were slightly parted, displaying his beautiful white teeth.

His hot breath warmed Jiang Yao, and every time Luo Xiao breathed out, it felt as if he was being electrified.

As the night grew deeper, Jiang Yao felt more and more at a loss for what he was supposed to do.

Fortunately, before anything happened, the night passed, and Luo Xiao stirred in his arms. His lips closed, and his heavy eyelids slowly fluttered open.

Luo Xiao’s expression was still dreamy as he looked at Jiang Yao, half asleep. His expression was so adorable and tempting that Jiang Yao felt his entire body stiffen. He had to close his eyes so that he no longer felt tempted by what was in front of him.

All the other days he had savored the feeling of Luo Xiao waking in his arms. He enjoyed the slight struggle Luo Xiao put up when he tried to escape from the arms that encircled his waist, but today, Jiang Yao needed them to stop their skinship as soon as possible.

He had never before needed his self-control as much as he did now.

After waking up and eating breakfast, the group left their lodgings, where they had spent the night, and began their journey anew.

Today was a special day. Today was the day they were supposed to reach their destination, and even Luo Xiao felt excited about it.

Although he didn’t know what exactly a Moon Anise was, he understood that it was something important to Jiang Yao.

Also, he was eager to see Ling Mo leave, but at the same time, he was reluctant. This was because their pretend relationship would probably leave with him.

“I don’t want it to end,” Luo Xiao mumbled to himself before realizing the words had escaped his lips.

As the words came out, his eyes widened, and his hands covered his mouth. He looked at Jiang Yao, fearful that the older man had heard him.

Fortunately, it seemed as if he had not heard anything, and before Luo Xiao had the time to actually think about it, he was scooped up in Jiang Yao’s arms.

Jiang Yao said nothing but felt strange as he carried the young man in his arms. He felt a little relieved as he sensed the hammering of Luo Xiao’s heart and knowing this, gave him a bit of relief. It seemed that his behavior had caused the younger man to be very self-aware and embarrassed.

Luo Xiao’s face was completely red, and the atmosphere had turned slightly awkward. If it were a normal day, Luo Xiao and Jiang Yao would have already been talking together and joking with one another, but now they were both quiet. Neither looked at the other.

Ling Mo was not oblivious; he knew that something had happened, but he had no idea what it might’ve been. However, he knew that it would make him feel even more uncomfortable if he did know, so he didn’t bring the subject up.

The group reached a ravine that was located in a mountain range close to the sea. It was within this ravine that the elusive Moon Anise was said to have been seen.

“We know that it’s in here,” Jiang Yao said to no one specific, this being the first time that he didn’t look at Luo Xiao while speaking.

“Use your spiritual energy to search everything, and suddenly, you will notice that one of the things has taken another shape. The Moon Anise’s real appearance is that of a small, silver, bell-like flower.”

Ling Mo already knew what the Moon Anise looked like, so he inferred that Jiang Yao was speaking to Luo Xiao who was now walking next to Jiang Yao.

Ling Mo coughed, “Let’s split up,” he said, “I will look at the north side of the ravine, Sir Jiang and… you search the south side.”

Jiang Yao nodded, as he accepted the suggestion. He didn’t fear that Ling Mo would cheat him and steal the Moon Anise for himself. Ling Mo wouldn’t dare to do so. So for this reason, splitting up was beneficial.

They were currently in the south region of the ravine, and Ling Mo sped towards the north area while having his spiritual energy spread to the fullest.

Luo Xiao was a meager Low Earth Rank soul cultivator, so his spiritual energy was rather pitiful, but he still was very serious about finding the herb.

The soul was located between the eyebrows, while the dantian was in one’s abdomen.

Spiritual energy was good for spreading out and searching for people and things, and it could also be shaped and formed into attacks.

Qi users could use their Qi to scan and search areas, but they could not see through elaborate masquerades or illusions.

Since the Moon Anise was a herb known for its impressive illusions, Qi users, no matter how strong, didn’t have what it took to see through the disguise that it used.

“Can you continue to use your spiritual energy like this?” Jiang Yao asked worriedly after they had searched for an hour.

“I’m still okay,” Luo Xiao said with furrowed brows. It was indeed taxing on his soul to continue using spiritual energy like this, especially when one was as weak as he was. But, now that he was finally able to help Jiang Yao, he didn’t want to give up before he knew for sure that he had done everything in his power.

Jiang Yao saw the determination on Luo Xiao’s face and was moved. It was clear that Luo Xiao was trying hard for his sake, and he didn’t want to stop him.

Hour after hour passed, Luo Xiao was now sweating heavily, and his eyes were starting to become unfocused.

Luo Xiao took a deep breath and closed his eyes for a moment as he staggered forward.

He was just about to collapse when Jiang Yao reached out and grabbed him by the waist, pressing him against his own body.

Jiang Yao felt how the young man trembled. His eyes were tightly pressed together, and he seemed to be in pain.

His body was still as weak as always, and Jiang Yao felt that he should do something about Luo Xiao’s weakness.

Pondering for a moment, he made a very important decision. His eyes gleamed ruthlessly for a moment, but then they turned soft and gentle as they looked at Luo Xiao who was in his arms.

“You dolt,” he scolded gently. “If it was so hard to continue, then you should not have pressed yourself so much,” he said softly then gently patted the young man’s back.

Luo Xiao nodded. Without thinking about it, he leaned against Jiang Yao’s body. The arm that patted his back encircled his shoulders and held him.

Soon, the two men were in a tight embrace.

Luo Xiao’s arms that had been hanging down his body wrapped around the back of Jiang Yao and Jiang Yao tightened his grip on the young man.

They were completely immersed in the sudden feeling of being close to the other, each feeling bliss. While Jiang Yao clearly understood these emotions, Luo Xiao was still ignorant about them. This ignorance caused him a great deal of pain and confusion.

Luo Xiao looked up at Jiang Yao. His eyes sparkled, and there was a subtle yearning within them. Luo Xiao wanted something from Jiang Yao, but he didn’t know what exactly he wanted.

Jiang Yao, who was looking down at Luo Xiao saw the expectation in his eyes. He saw the flushed red color on his lips, and he could no longer hold back.

He lifted his hand that had just been encircled around his waist and cupped it on his cheek. Once again, he found himself mesmerized by this young boy in his arms, unaware of what he should do.

He wanted to touch the handsome youth in his arms, wanted to hug him, kiss him, and claim him as his own, but he was aware that this was a very inexperienced young man.

But looking at those dreamy, demanding eyes… Those red, delicious lips, and the blush on his face, Jiang Yao had a very hard time holding back.

The hand that cupped his cheek moved away. Then a finger stroked his chin and moved to his lips. As his finger drifted across those plump, soft lips, Jiang Yao had a hard time holding back, and he leaned forward.

Ever so gently, his own lips brushed over Luo Xiao’s. It was so soft and gentle, so light, that Luo Xiao almost never noticed what had happened. Yet, when he finally realized, his eyes widened in surprise, and his face turned red like a tomato.

He tried to retreat, but one of Jiang Yao’s arms were locked behind him, making it impossible to move.

“What… what was that?” Luo Xiao asked shocked, his voice containing no shortage of shock and embarrassment.

“A kiss,” Jiang Yao said with a husky voice, his eyes displaying that he wanted much more than just this kiss, but he held back. His other hand had claimed his waist again.

“Why would you kiss me?” Luo Xiao asked full of surprise and much embarrassment. He had never gotten a kiss from a woman before, let alone a man.

“You looked like you wanted it,” Jiang Yao said again, his voice still husky and alluring. His words provocative trying to make Luo Xiao out to be the culprit.

Unfortunately, Jiang Yao’s husky voice and words were wasted on Luo Xiao at the moment. His mind reeled from the shock of getting kissed by Jiang Yao.

Jiang Yao saw that the younger man’s mind was overloaded, and he couldn’t help but smirk slightly. At least for now the only thoughts Luo Xiao would have would be about Jiang Yao. He knew that with the action he had just done, he had completely conquered every thought Luo Xiao would have for a long time.

Just as Luo Xiao was about to say something, Jiang Yao’s face turned solemn.

“Ling Mo has found the Moon Anise,” he said standing up. He scooped up the young man into his embrace and flew in the direction he had been given by Ling Mo.