Xiao Yu answered half-heartedly as he played his game.

Chairman Yan, who thought that it would not an easy feat to convince his hamster, hid the five-centimeter thick packet of information behind him.

“Squeak?” Why did you take a step back?

Xiao Yu squinted his eyes as he doubtfully glanced at Yan Jin.

“Nothing.” Yan Jin, who was puzzled by the situation, pretended to be firm: “Where shall we go then…?”

“Squeakk?” You still have vacation days to take?

The Lunar New Year holidays had just passed. YL should have a lot of things to do. It would look bad to take a vacation leave during such a critical period.

“Of course. There are new vacation days for the new year.”

As if he had completely ditched his image as a hardworking chairman, Yan Jin spoke with absolute confidence.

“Squeakk.” Alright then. When are we going?

Xiao Yu seemed to pick up an interest as he moved away from the iPad and jumped into Yan Jin’s hand.

As the hamster nested himself onto the human’s hand, he suddenly felt like both of them had not done such an intimate interaction for a very long time.

Maybe it was just him overthinking. After all, they were together every day.

“… Tomorrow then.” Yan Jin did not hesitate too long before he made a decision.

“Squeakk?” That fast? Did you make arrangements already?

Yan Jin said it with such determination and deadly earnest that he almost convinced himself that it was the truth.

In fact, the reason why the chairman was in a hurry was because he was worried that Xiao Yu would fall out with him and become hostile again.

Yan Jin was determined to not fall for the same trick twice.

“Squeak.” Then where are we going?

Xiao Yu felt very perplexed. It was as if Yan Jin was on a different channel.

“I did make arrangements already, so you can go wherever you like.”

The stack of papers in Yan Jin’s hands was still warm to touch. Just as he was about to present the information, he heard –

“……” The hand that had shifted halfway out retreated again.

Yan Jin gritted his teeth in silence and forced a smile on his face: “Sure. If we’re going to the Four Seasons Manor, then I won’t be getting a chauffeur. We can bring more things with us this time. I’ll show you my new car.”

He said it extremely sullenly.

“Squeakk?” You don’t seem so willing?

Xiao Yu raised his head and blinked his little eyes at Yan Jin, making it impossible for the man to be angry.

“How could that be?” Yan Jin lifted Xiao Yu up and kissed his little stomach: “As long as it is for Fishy, I’m willing to do anything.”

As if he were burning, Xiao Yu awkwardly turned his face away as he mumbled about how Yan Jin was so good at coaxing that he could tell with one look that the man was up to no good.

If an audience heard such a conclusion, they would surely be dumbstruck.

That Yan Jin? That YL’s Yan Jin? That Yan Jin whose smile would mean misfortune for the other person, who was so cold like he had a freezer that would freeze the atmosphere wherever he went… he was good at coaxing?

See no evil, hear no evil.

On the same day, Chairman Yan who assumed that taking leave was such a small matter, called his secretary to ask how many vacation days and sick days he had not used yet. However, before the person on the other side of the phone could answer, the call was taken over by his fellow colleague.

“Yan Jin, you *——–*! I’m telling you now that if you plan to go on a holiday for ten-odd days with your little lover, you shall witness me tearing down your company!” Such a tone was so recognizable that he did not even need to announce his name.

Actually prepared to take ten-odd days of leave, Yan Jin felt slightly guilty at that moment. But he did not lose his vigor as he replied, “Who is the current chairman? Move aside, let Secretary Fang answer.”

“Dafug, you’re too much! The largest shareholder transferred his shares only a few days ago. Your position is still unstable and yet you dare to leave your house? Are you sick of living? Do you know that those hitmen from both sides of the world are watching you like a tasty drumstick and you still dare to go on a holiday…?”

Yan Jin did not even bother to ridicule Shao Yue as the man would spout all sorts of things when he was agitated. Despite that, he would still miss his main point.

“…… There’s something going on with the He family. I need to make a trip there next week. I don’t have time to take care of your company.”

“When are you going next week?”

“Next Monday! Tuesday… Wednesday, or latest by Thursday. Milord, just give me a break, will you?”

“I’ll be back next Thursday. It’s settled then.”

Shao Yue lowered the phone as he sighed in relief. At the same time, he was a little regretful that he had loosened the restrictions under Yan Jin’s duress.

Secretary Fang, who had witnessed the whole incident, once again gained full respect for Yan Jin.

This was what people described as, ‘Mighty without words with an aura made by heaven’.

Even when Yan Jin had not said much in one sentence, he could easily make Shao Yue who no one could handle in the entire company, retreat in defeat.

They had finally gotten used to it.

The entire company was functioning as usual. It was no different from how it was when Yan Jin was around.

A company like YL was considered to be titled as a large, outstanding enterprise.

It was worthy of a celebration.

Xiao Yu was embarrassed and at a complete loss at the overwhelming nouveau-riche in front of him.

The luxury vehicle before him was the awe-inspiring latest Rolls-Royce Phantom model.

To be honest, if Xiao Yu did not possess a cheating tool like the memories from his previous life, he might not have even recognized this car. Because if he remembered correctly, the last time Yan Jin returned from his trip, he had set his hands on it. During this period, this vehicle’s series had not even appeared in public.

“Squeakk?” Is this a recreational vehicle?

Xiao Yu looked at the luxury recreational vehicle. For some reason, he found it familiar.

It was probably because he had seen the picture of it in his previous life. Maybe it was from the magazines in his office?

Uncertain, Xiao Yu pondered over it.

After all, if he had not been reborn and had not met Yan Jin, a car like this was something he might have never seen himself throughout his entire lifetime.

“Hm. I bought it specially for you. Do you feel touched?”

Xiao Yu lightly pushed at the car door as he rubbed himself against it. The only thing left was to lick it.

Yan Jin opened the door and took a step back as he gestured a ‘this way please’ pose.

Xiao Yu leaped off Yan Jin’s palm and swaggered his way into the vehicle just like a little emperor that was inspecting his territory.

“How is it?” Yan Jin bent over as he watched Xiao Yu with anticipation.

Compared to the normal-looking exterior, the interior of the vehicle was the place where Yan Jin had put in great efforts.

Xiao Yu took two steps forward, but he did not continue walking.

The reason was as such: Yan Jin had printed his photos all over the interior of the vehicle.

Even the seats and flooring were full of his selfies which means that he could see countless photos of ‘him’ smiling like an idiot back at him if he looked upwards.

How majestic was it? It was like standing in a room with mirror walls. It was fear-inducing to be surrounded by himself.

How should he put it? Although he was appreciative of Yan Jin’s intention, this was way too…

Not only did Yan Jin not understand Xiao Yu’s complicated struggle, he even thought that his hamster was touched beyond words.

It was not that his mysterious ability had failed him — it was just that Yan Jin had not been judged for his aesthetic taste, which was why he did not doubt his own standards.

Xiao Yu turned around and saw Yan Jin’s face that was obviously happy. The ‘could it still be returned’ was swallowed back.

Although Xiao Yu did not like such a prank-like design, his thanks was indeed from the bottom of his heart.

Thank you for doing so much for me.

“Squeakk.” I made you worry.

Ever since he had spoken with Chu Ge, he had been in bad mood and pretended to act like normal. He even thought that he had not spilled the beans.

Then again, it seemed like there was nothing great about his acting skills. Yan Jin should have realized it long ago.

To be able to wait till this day to confront him after going around the bushes, it must have been tough on Yan Jin.

At that moment, Xiao Yu could not deny that he was deeply touched by Yan Jin.

The car was indeed bought for Xiao Yu. the spacious interior had little stairs everywhere and the touchscreens on both ends were free to play with. If Xiao Yu could think of it, he could even reach the car roof.

It was the first time where his cage had been fitted into a vehicle. Even if it was placed into the trunk, it would not be a hindrance. Sharing the space in the trunk was a series of the winter season’s little clothes, scarves and hats, as well as snacks, melon seeds, and dried fruit.

Yan Jin’s belongings were as little as before, as if he had gone out empty-handed.

This was Xiao Yu’s third time heading to the Four Seasons Manor.

Compared to the novelty and anticipation from the past two trips, this trip made Xiao Yu at ease like never before.

In Xiao Yu’s heart, the Four Seasons Manor was like their second home.

Although he sounded like he was overestimating himself – without Yan Jin, a place like the Four Seasons Manor was something he could never even dream of.

However, Xiao Yu was greedy right now. He wielded on Yan Jin’s pampering and he was looking forward to it. In the future, there would be many chances where they would travel back and forth between these two homes. 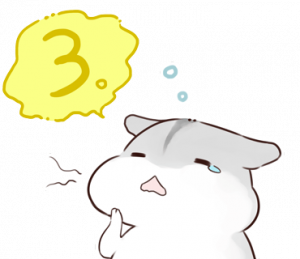