RIAH – Chapter 122: The Meeting of The White Cat and Hamster II

Chapter One Hundred and Twenty-Two: The Meeting of The White Cat and Hamster II

The bell awakened Xiao Yu’s memories. Ever since he had turned back into a human, his memory had been exceptionally good. Not only were his memories of his ‘previous life’ crystal clear, even his memories as a hamster could all be recalled.

This snow-white Persian cat was named Faye. She was the pet of Chu Ge’s girlfriend, Yan Jin’s former fiancée. Xiao Yu could not bothered to follow-up on that incident, hence he wasn’t sure about what had happened. However, Faye was the one thing that he had not forgotten till today. She was the only living thing that understood him besides Yan Jin after all.

Even if all the white fur and blue-eyed Persian cats in this world looked almost the same, Xiao Yu was still one-hundred percent sure that this cat was Faye.

As to why Faye had appeared at this place, why she happened to appear before him… could it be the destiny of their crossed paths?

Xiao Yu wasn’t sure himself, but it was not the time to think about it at the moment.

It did not matter that he got wet in the rain himself, but seeing the shivering Faye in front of him, Xiao Yu suddenly wondered why the rain was so icy cold.

He placed the bag in his hands to one side as he squatted. He reached out his hand, and Faye did not hesitate as she limped over into his embrace.

Their location was very secluded. Xiao Yu had wandered off randomly and was unsure where he was exactly right then. The houses on both sides were low-leveled and he could not see any large-scale shopping malls in sight. With no other choice, Xiao Yu carried Faye in his arms and ran to a closed shophouse nearby for shelter.

“What are you doing here? Where’s your owner?”

The raindrops pelted down the iron sheet rooftop making a loud rattling noise.

“Hm? But I’ve seen your owner before. Isn’t she called Fan Xiaoge or something like that?” Xiao Yu asked, puzzled.

“Meow?” Faye did meet you before. Who are you?

Faye’s blue eyes were filled with suspicions. She could smell a similar scent from this person, but wasn’t he obviously a human?

“Of course you’ve seen me, I’m…” Xiao Yu was glad that Faye had recognized him, but before he revealed his identity, he remembered that he wasn’t a hamster anymore. Even if he had told Faye, she may not understand it.

“I’m your owner’s friend.” Xiao Yu answered after he gave it a thought.

“Meoww.” Then why can you understand what Faye is saying?

“Ughh… there are different kinds of humans after all. Some people can understand animal language.”

Xiao Yu did not bother too much about that question. It may be because there were too many strange things that had happened to him. As compared to what had happened, understanding animal language did not seemed like a big issue. After all, Yan Jin could also understand hamster language.

“Oh right, stop diverting the topic. Quickly tell me what you are doing here so that I can send you back when the rain stops.”

“Meoww.” But Faye has already been abandoned.

“Meowww.” Owner left this place. Faye was taken into a strange place later. There was no food there, and I escaped with great difficulty.

Xiao Yu wanted to ask more, but it was quite troublesome at the moment.

His entire body had been drenched and Faye was not only soaked but also covered with mud. She could barely stop shivering even using the heat from his own body.

“This rain isn’t going to stop any time soon. You should come home with me first, okay?”

Faye acted reserved for a short while and eventually agreed.

Xiao Yu used his mobile to call for a cab. As he was drenched from head to toe with wounds on his face and was carrying a dirty stray cat, the driver was obviously unhappy. In the end, Xiao Yu took the initiative to offer more money and finally got the driver to fetch him.

The driver’s peculiar gaze did not worsen Xiao Yu’s mood. Even those gloomy and despairing emotions were driven away by Faye’s appearance. Xiao Yu hugged the homeless Faye in his arms as a sense of responsibility occupied his entire heart, pushing all those messy worries into the corner.

When they arrived home, the first thing that Xiao Yu did was to take off all his wet clothes and go into the bathroom to turn on the shower faucet. He said to Faye who was licking her own fur: “Come take a shower.”

Faye used her paws to cover her own eyes.

“Then, I’ll fill something with water so you can wash on your own.” Xiao Yu found a bigger basin, filled it with hot water, and placed it in front of Faye.

Faye used her paw to test the water temperature before she meowed twice at Xiao Yu.

The human then cooperated by walking out of the bathroom, closing the door, and leaving a gap open.

It was undoubtedly the first time he had ever peeped through the door gap, but Xiao Yu was familiar with how to do it.

Faye circled the basin and first raised her two front paws, then her back paws, before she finally slowly lowered herself into the water. It might have been so comfortable that she even rolled in the water.

That moment when Faye’s nose did not appear on the water’s surface, Xiao Yu felt his heart beat faster. When he finally saw Faye’s head floating on the surface, it was only then he finally relaxed again.

At this moment, Xiao Yu could somehow understand why Yan Jin insist on accompanying him to play his yellow duckie back then.

Hold on, a little warm?

Then he felt hotter and hotter.

When Xiao Yu realized that something was not right with his body, it was all too late. It was so hot that he felt like he was going to explode. He quickly rejected the possibility of catching a fever after merely being caught in the rain.

For a split second, Xiao Yu felt like he was a hot air balloon that was going to fly up in air anytime.

The scene in front of him seemed to be on fire as his brain wasn’t functioning at all. Xiao Yu could not even maintain his squatting position as he involuntarily fell forward…

The door that had a gap was easily pushed open.

Faye immediately leaped out of the basin, shook off the water from her body and then strode gracefully towards Xiao Yu. Then, she used her little nose to bump against Xiao Yu’s furry stomach.

Xiao Yu lowered his head and saw himself in the glossy ceramic tile in the bathroom.

A hamster with a dumbfounded face.

“Meoww?” How did you change into a human?

Faye who had been blown dried lay in Xiao Yu’s arms as she continued to ask questions about his identity.

“I said stop asking me these questions. If I knew how, I wouldn’t be sitting here.”

Xiao Yu awkwardly scratched his head as he unsurprisingly touched the pair of furry ears on his head.

He had two pairs of ears now. One of them belonged to him and the other he wasn’t sure was his, but it didn’t seem like it would belong to a human. In addition, he had a short tail on his butt. Any unsuspecting person might even think that he was engaging in some kind of weird sexual play.

Two hours ago, he had suddenly become a hamster. He had stared into Faye’s big eyes with his small eyes for a long while and was really worried about how he and Faye were going to survive from then on.

However, fortunately, he had turned back very quickly.

Xiao Yu wasn’t sure how he turned back. In fact, he had no idea how he had managed to turn into a hamster in the first place.

In short, without him doing anything, the hot sensation in his body suddenly disappeared. Then, just like an animation, in a puff, he turned back again.

As for those extra body parts that does not belonged to a human… he could tolerate it somehow.

Faye witnessed the live transformation of a hamster into a human and was shocked beyond words. She had been meowing nonstop asking Xiao Yu questions.

However, Xiao Yu could not give her an answer because he was even more shocked than Faye.

But, besides feeling shock, he felt that he should settle Faye down first.

Even though Xiao Yu wasn’t sure what exactly had happened to Faye, but seeing her so emaciated, he couldn’t believe it was the same chubby Persian cat princess that he had seen back then. Regardless of how, Faye was once Xiao Yu’s best friend, and seeing Faye in such a state, not knowing how much hardship she had gone through, Xiao Yu felt as if it had happened to himself.

The ever-so magnanimous Xiao Yu tidied himself and changed into some clean clothes. He took out a fish from his refrigerator and heated it for Faye to eat. Then, later, he plopped himself onto the couch as he scrolled through the xxxbao website to buy some necessary cat products.

Faye reached out her paws to swat the ears that were on top of Xiao Yu’s head. The bouncy paw pad pressed the Xiao Yu’s ears, making him feel slightly itchy as he cowered his neck.

His ears dodged backwards, sunken, and then never raised up again.

Knowing that something was amiss, Xiao Yu held his breath as he quickly held his mobile up to look in the mirror at his head.

The ears were gone.

Xiao Yu suddenly had a bold thought that maybe if he laid down right now, he may wake up to find that everything was just a dream, be it Faye or his eerie ‘transformation’.

“Meowww!” Your ears are goneeee!

Faye screamed as if she had discovered a new world.

Xiao Yu gradually raised his head and looked at the ceiling. For a moment, he felt that the world was too fantastic and that his life experience was too pathetic.

“Oh, I’ve transferred the money over. You have received it right? I called mainly because I want to give my greetings for the new year. Ah, it was a month ago. Nonono, I have some questions that I would like to ask you. That is, my dad or my mom, when they passed away, did they leave anything behind, like a dairy or something like that?”

“Ah, there isn’t… no, no, I’m not asking for the house. I have a place to stay now. Just that, I’ve been dreaming about my parents recently, I think they might be angry at me for not praying to them frequently enough. So, could I go back for a visit within the next two days?” 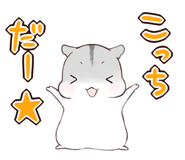