Chapter One Hundred and Twenty-Nine: Twists and Turns III

“You tampered with my car!” Xiao Yu was shocked by Lin Zhou’s words. “My brakes malfunctioning was not an accident?!”

“Hah. I’m thankful that your intelligence is not as high as your talent in designing.”

After Lin Zhou made that mind-blowing confession, he sat back into his seat as if nothing had happened and began to mock Xiao Yu’s intelligence in a joking manner.

The sudden rush of agitation exploded in Xiao Yu’s heart like gunpowder. However, before he could flare up, another feeling rushed to his head even stronger.

Xiao Yu stumbled on his feet and managed to grab the edge of the bar top just in time.

The image in front of him began to distort, and the violent rush of dizziness made Xiao Yu unable to speak.

He tried his best to keep his eyes open but no matter how he tried, the image in front of him became even more fuzzy.

There was something wrong with the liquor…

The second before he blacked out, Xiao Yu saw a malicious smile on Lin Zhou’s face.

“I was not wrong after all. Even when you have absolutely nothing, you still make life difficult for me. As long as you’re living in this world, there will never be a day for me to get out of this predicament.” Lin Zhou took a bottle of vodka from the bar top and slowly walked towards Xiao Yu.

The doors of the private room were pushed open.

Liu Chengxin who was standing near the door was the first to notice it. He walked over and saw Lin Zhou walking in with difficulty as he supported Xiao Yu.

“Goodness gracious. What happened? Why is he so drunk?”

“I didn’t expect his alcohol tolerance to be this bad. I shouldn’t have made him drink that much.”

With Liu Chengxin’s help, the two managed to move Xiao Yu to the couch.

“Both of you were gone for so long, you should have eaten something.” Liu Chengxin was slightly doubtful. “How could you still get this drunk?”

“We talked about our past and drank a little too much.” Lin Zhou took off his coat and wiped the sweat off his forehead. “It’s quite late now, do we have other plans later?”

“I did plan to stay back for karaoke. There’s a KTV room in this hotel. Those with plans later could go back first.”

This was mainly because Liu Chengxin respected and relied on this all-rounder design school senior from his university days. Moreover, Lin Zhou was acting very mature, something that made Lin Chengxin subconsciously chose to follow Lin Zhou’s instructions.

“I just called his family member to pick him up.” Lin Zhou raised his mobile. “I think they’ll be here soon. Could you look after him for a short while?”

“Going back so soon? It’s so rare that we get together, and we didn’t even talk much.” Liu Chengxin felt that it was a pity:.“Why don’t I accompany him here and then send him back once he’s awake?”

“You should already have smelt the strong smell of alcohol coming from him. I doubt he will wake up any time soon. We should send him back first and not let his family members worry about him.”

“That’s true. Okay then. You should go ahead and have some fun, senior. I’ll be right here.”

As they were talking, several people had already approached them to give a toast to Lin Zhou. Lin Zhou was busy turning them down and seemed to be flustered.

“You should join them, senior. It’s really alright. Once his family member comes, I’ll help get him there.”

“If that’s the case, I’ll go over then. Sorry to trouble you. Oh right, I’ll get your WeChat account to contact you.”

After the two people exchanged their contacts, Lin Zhou was swept away by a group of people whereas Liu Chengxin sat on the couch and played on his mobile. In less than fifteen minutes, he received a message coming from his newly-added friend.

[Lin Zhou]: His family member has arrived. I think they’re waiting in the main lobby. Could you send him over? I can’t slip away right now.

Liu Chengxin replied with a ‘no problem’ and carried the unconscious Xiao Yu.

After taking just one step forward he almost tripped.

Anyone else who was drunk could still have taken a few steps even if they weren’t fully conscious. However, Xiao Yu was completely drunk and could not move or walk on his own at all.

Liu Chengxin silently ridiculed Xiao Yu and threw him back onto the couch.

“Could you move a little?”

Liu Chengxin shook Xiao Yu and attempted to wake him up. He failed.

The weight of an adult man was quite heavy. Xiao Yu could not be considered to be short with his 178cm height. But, he was heavy like a dead pig and that was troubling the 172cm Liu Chengxin.

Most importantly, Liu Chengxin only studied design for a year before he transferred out. He did not know a lot of people from the design school. With most of them already having their fun, he could not bring himself to trouble his classmates whose names he could not even remember to help him out.

Just when Liu Chengxin was planning to call for help, a person who he did not recognize suddenly appeared and tapped his shoulder. “Isn’t this Xiao Yu? What’s wrong with him?”

“He got drunk. I was worrying about how I’m going to get him down.” Liu Chengxin examined the person in front of him, but he could not recognize him at all. So, he asked shyly about the person’s identity. “Are you from our major? I don’t think I’ve seen you before?”

“Ohh, a medicine grad, how nice! I really admire doctors.” Liu Chengxin flattered him and scratched his head embarrassedly. “Could you give me a hand? His family member is still waiting downstairs.”

The two people lifted Xiao Yu out of the private room and took the elevator to the lobby.

As they arrived in the main lobby, Liu Chengxin realized that there was no one there except for the receptionist.

“Eh? Shouldn’t they be waiting in the main lobby?” Liu Chengxin took out his mobile from his pocket and opened his WeChat app with great difficulty. “Hold on for a second. I’ll confirm with them.”

“They may be at the entrance?” that person guessed, “Should we go check it out?”

Outside the hotel, there was indeed a car waiting. A burly-looking bald-headed man was leaning against the black car. Upon seeing them walking out of the hotel, he moved towards them and said. “Leave him to me.”

Liu Chengxin did not suspect anything and shifted Xiao Yu off his shoulder. However, that friend from the medical school spoke to the man next to the car. “There’s some distance to the car. I’ll help you to get him over.”

Then, he turned to look at Liu Chengxin: “You can head back first. I’ll help here.”

When the lift reached level eight, he suddenly remembered something really important –

Since when did F University have a medicine major?

Five minutes later, Liu Chengxin ran out of the hotel. However, there were no black vehicles in sight. He aimlessly looked around and felt a chill down his spine.

As he walked back into the hotel, Liu Chengxin felt that something was amiss. The more he thought about it, the more he knew that there was something going on. He reached into his pocket and grabbed his mobile tightly, wondering if he should call for the police.

“Why are you still here?”

The familiar voice came behind him, and Liu Chengxin turned around. It was the fellow who claimed he was a medicine graduate!

“Dafuq, who are you exactly? Since when has F University had a medicine major and where did Xiao Yu go?”

“I-I didn’t say that I was from F University?” that person was slightly puzzled as well. “You simply asked what major I was from?”

Chu Ge shook off the water droplets from his hand and took out a name card to pass to Liu Chengxin. “You can find me if you’re sick in the future.”

“Ah, o-oh. I’m sorry, I think I missed something,” Liu Chengxin said as he looked at the name card. He had heard about this hospital long ago and would naturally not be suspicious of who Chu Ge was. “I’m really sorry, I thought you were a bad guy. That owner of that car looked kind of… hahaha…”

Chu Ge did not answer and smiled mysteriously.

“Anyway, I’m glad he got sent home safely. After all, we’re all friends. If something were to happen to him, it’ll be really troublesome for me. I’m so sorry, my friend. I didn’t mean to suspect you.”

“It’s okay.” Chu Ge took out a packet of cigarettes from his pocket. “Do you smoke?”

“No problem. A friend’s friend is also my friend.”

“Didn’t I say it already? A friend’s friend is my friend.”

“Ehh, you’re quite a humorous guy.”

That bald-headed guy saw the situation and spoke directly, “Give him to me. You can scram now.”

Chu Ge chuckled, but he did not stop walking.

The direction he was heading to was not towards the small vehicle that the bald-headed guy had stopped by the roadside.

“I said to give me that guy.” The bald-headed guy followed and lost his patience, trying to snatch the unconscious person.

Chu Ge did not dodge and instead made a small move and threw Xiao Yu at the side of the small alley.

There was no sound of an object falling onto the ground. It was obvious that someone had caught him.

The bald-headed guy finally realized that something was amiss. However, before he could do anything, he was dragged into the small alley with a cloth over his nose and mouth.

He didn’t have time to utter any insults as a broken rag was shoved into his mouth.

The sky was already very dark. He tried to open his eyes, but he could not see clearly exactly how many people were hiding in the not-so-wide back alley.

“Why are we needed for this? I’d rather go slaughter some cows.”

“Save it. It’s the first time Boss ever gathered everyone. If we don’t settle this nicely, you won’t even have a chance to slaughter a cow anymore.”

A light illuminated the scene, and he finally counted the number of people surrounding him.

The person holding a dagger before him was the thirteenth person.

“Good job on finding such an alley. Well done clearing out the bar as well. The bunch of you sure are amazing.” Chu Ge wiped the dagger in his hand as he traced the jaw of the bald guy with it.

“Who sent you here and why are you trying to harm that little guy?”

His cries were muffled because the rag blocked his mouth. Despite that, it was obvious that he was refusing to answer.

“Let me introduce myself. I’m a doctor.”

“Let me tell you a joke. There was this student in our medical school who suspected that her boyfriend was two-timing. She stabbed him eighteen times and every wound avoided his vital parts. In the end, she was only sentenced for assault. Don’t you think that’s funny?”

Five minutes later, Chu Ge went back into the hotel in a just and honorable manner to wash his hands.

Table of Content
(*whisper* the drag is finally over!) 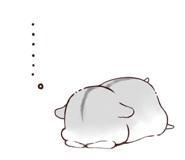