“The most impacted people will still be Yan Jin and Xiao Yu. Especially Yan Jin. But, I’m not too worried about him…” Chu Ge said with a face full of dislike.

“How’s he going to have any problems? It’ll be hard to hide his position for much longer. By the time he gets back it’ll be public knowledge for sure. It’ll be another reign of terror,” Shao Yue ridiculed. He turned to Chu Ge. “So, how long are you planning on maintaining your own position for?”

“I’ve already said my problems aren’t important here…” Helpless, Chu Ge didn’t know why the conversation topic always moved to him. “Can we settle the matter of the photograph first?”

“Sure, let’s stop with the idle chit-chat.” Shao Yue had a rare moment of seriousness. “Suppose Yan Jin and Xiao Yu publicly announce their relationship after Yan Jin returns. Then, the biggest problem to handle is how to respond to the Nan Family’s next steps.”

“I don’t think they will do anything major. Their engagement announcement is still picking up traction. If the photograph goes public, they’d probably feel more pressured than us.”

“From the timing of their engagement announcement, we can at least be sure that the Nan Family isn’t behind the photograph,” Secretary Fang put in.

“Can we work something out with them? Together with their influence, swaying public opinion shouldn’t be too difficult, right?” Qin Xi looked at Shao Yue.

Shao Yue shrugged. “Not a bad thought, but it won’t work because—”

“—It’s only a matter of time before we have a falling-out with them. Isn’t that right, Comrade Chu Ge?”

“I’ve already said to not bring my problems into the discussion,” Chu Ge sighed. “But Shao Yue is correct. I reckon that the first thing Yan Jin will do when he comes back is forcefully annul the engagement. If the Nan Family continues pestering him, Yan Jin probably won’t have any scruples about ruining their families’ long relationship. I don’t think he’ll be lenient with them at all.”

“I, I don’t think so…” Yan Jin’s brain-dead fan, Secretary Fang, couldn’t take it anymore. However, deep in her heart, she felt like that would be the case as well.

“… Quit trying to change the topic.” Chu Ge felt sick. He’d already resigned himself to doing Yan Jin’s dirty work for free. He didn’t need this group of people to rub salt into it.

Seeing everyone poking fun at his unfortunate situation, Chu Ge cursed them silently in his heart.

Well, it was his own fault in the end.

That was the comrade he’d befriended. He had to help him no matter what.

“So, in conclusion, we don’t need to worry about Yan Jin. YL also will be able to get by. Then, we should already know what each of us needs to do, right?” Chu Ge didn’t want to chat with these people any longer, so he brought the discussion to a close.

Normally, the considerate He Xinjia would look after Xiao Yu and take care of him, but because she wasn’t here, Xiao Yu even needed to go prepare his own coffee.

Xiao Yu rolled up his sleeves and went to the pantry. With some difficulty, he had managed to make a cup of liquid that didn’t quite resemble coffee. He tasted it and then decisively dumped the rest of it out in favor of water. As he was leaving, he was stopped at the door.

“Seems like you don’t know how to make coffee. Here, take this.” Jing Mo stuffed a box of expensive-looking red tea bags into Xiao Yu’s hands. He didn’t go grab a drink himself though and directly left.

Xiao Yu didn’t feel like anything was wrong and went back to the pantry. After fixing up a cup of the red tea, he headed back to his office. Along the way, he saw Shao Yue being chased out by a lady from the human resources department.

“That’s too much! I’m the chairman now. Why can’t I approve my own vacation?” Shao Yue muttered while walking away.

“Morning, morning.” At the same time, Shao Yue fished out something from his pocket.

A small cufflink fell into the palm of his hand.

“It was the company’s year-end reward. Each person got one. You joined a little late. It’s fortunate that there was still a pair left over.” Shao Yue nonchalantly waved his hands. “I have to go now.”

Xiao Yu blankly looked at the item in his hand. Because of his occupational habits, he subconsciously evaluated the brand and value of the cufflink.

Even if it was fake, it would still cost around a thousand and eight hundred yuan. If it was real, it would be worth over ten thousand. It seemed really excessive for the company to give one to each person.

And year-end? How long ago was that? He’d only joined YL in May, and it was already August. This year’s year-end was already approaching. Furthermore, cufflinks like these weren’t too practical. Everyone would be much happier directly receiving some hard RMB.

Even though he was still very puzzled, when Xiao Yu returned to his office, he still used the cufflink to fasten his fluttering cuffs. Only then did he begin his work.

“Apologies for the disturbance.” There was a knock on the door.

“Come in.” Xiao Yu lifted his head to look at the person who entered and warmly greeted, “Qin Xi, what’s up?”

After Qin Xi had helped him with Nan Wei’s contract, Xiao Yu and this sharp-tongued beautiful lady had become close friends. Their relationship had left Yan Jin green with jealousy on many occasions, but in the end, Yan Jin had still honestly accepted Xiao Yu’s recommendation to promote Qin Xi to her current director’s position.

Qin Xi walked over with a bag of stuff. Beaming, she said, “I’ve come to deliver this month’s employee benefits.”

“Every month, it’s usually some regional specialty, snacks, or souvenirs. You didn’t know because you haven’t been here for long.

Xiao Yu didn’t find anything strange and happily accepted it. But, when he opened it, he let out a sound of wonder.

When he turned around, Qin Xi was already nowhere to be seen.

Looking at the two large boxes of exquisitely adorable handmade cookies, he sank deep into thought.

Although he didn’t look like it on the surface, Xiao Yu was addicted to desserts. He had done all sorts of studies on desserts and had loved this brand of cookies for a long time. He had planned to go to buy some this weekend and hadn’t expected to receive them in this manner.

The only reason that he had to wait until the weekend was because only one store in S City sold this type of cookie. They were extremely popular; calling them an internet sensation would be doing them a disservice. The bakery’s regular desserts required over half an hour of waiting, and this new cookie needed a two hour wait under the sun on average. On weekends, the lines were even longer. Furthermore, after a two hour wait, each person was only allowed at most one box. Even worse, the cookies were only good for two days, so even resellers couldn’t enter the market.

Although Qin Xi had only given him a bag of the cookies, there were around two boxes’ worth of cookies in the bag. Perhaps another person might not have understood, but Xiao Yu was very clear that two boxes of cookies meant two people waiting in line. Thus—

This definitely wasn’t a company perk.

He munched on the cookie and sipped the red tea, deep in thought.

Something was definitely wrong.

No matter how he thought about it, there was definitely something wrong.

Xiao Yu felt like he was drowning in the strange out-of-sorts sensation. He wanted to know what was going on so badly that his heart itched.

Now that he thought back on it, Xiao Yu recalled how he’d grumbled to Jing Mo that everything had gone wrong today. On top of oversleeping, he had mentioned that he’d forgotten to bring his cufflink and that without He Xinjia around, he wouldn’t get his coffee today either.

So, he could see the reason for the cufflink and the red tea bags.

The cookies weren’t entirely out of the blue either. There weren’t many people who knew of Xiao Yu’s sweet tooth, but Qin Xi was one of them.

Were they playing a joke on him together?

Xiao Yu became gloomy. He wanted to ask, but he didn’t know who would be the best to ask.

It felt like they’d all gotten together to exclude him.

However, from their behavior, they didn’t seem to be against him. Qin Xi’s cookies that required a two hour wait were from the kindness of her heart.

Had they done something that required his apology? Perhaps all of this was just compensation?

But if that was the case, why did he not know about it?

“So, what exactly is going on…?” Xiao Yu was completely confused.

Fortunately, he didn’t stay confused for too long.

Every day, Xiao Yu dedicated between half an hour to an hour around lunchtime to clean out his emails. He checked the latest news, replied to those that needed replies, and deleted those that should be deleted. In over two months at YL, Xiao Yu had never encountered any problems dealing with emails. However, today, with his mind in a confused state, he had an additional consideration. In his spam folder, he saw a private email sent to him at a little past seven this morning.

He went to check why the message had been sent to his spam folder and discovered that within an hour, five people had successively reported the user for malicious emails.

After reading its contents, Xiao Yu’s first reaction was to die of embarrassment.

Ahhhhhhh!!! When did someone take this picture??!!!

Also, why did it show himself as so short but Yan Jin as so handsome?!!

This was what happened when they “played” in the office too much. It was the heavens’ judgment.

With a burning face, Xiao Yu sent Yan Jin a text in retaliation. He didn’t care if Yan Jin couldn’t see it.

“‘Playing’ at the company is now cancelled. There won’t be any more!”

He thought about it and added another message.

“I’ve already thrown out your refrigerator for you. If you dare to bring any alcoholic drinks to the company again, you can sleep on the sofa at night.”

There wasn’t any reply.

After his initial embarrassment wore off and he finished throwing his tantrum, Xiao Yu’s second reaction was surprisingly to exhale deeply.

Indeed, in the face of the threatening blackmail that the email contained, Xiao Yu didn’t feel perturbed. Instead, he felt quite lightened.

Whether it was the remarks like “rank-climbing slut”, “cheating scum who isn’t qualified to stay in the design industry,” or just not-so-veiled malice, Xiao Yu didn’t feel hurt at all.

On closer inspection, it even seemed like a small smile broke out.

That was the reason behind the strange behavior from Jing Mo and the others. 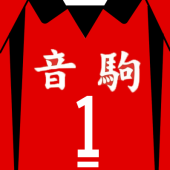 Hey hey! iamfeiii here! Do check out my work [Reborn into a Hamster for 233 Days]! I can be contacted through Cha's discord, just @ me if you have any questions!