As his emotions calmed down, Xiao Yu took a cushion out from the cage to put under his butt. Then he used a stand to prop up the iPad so that he could continue to watch the broadcast comfortably.

This iPad model was known for being portable. Its size was very close to the Mini, but even so, it was still a bit too heavy for Xiao Yu. There was no way he could physically get the iPad up on his own. When Yan Jin realized this problem, he bought Xiao Yu an automatic stand. All Xiao Yu needed to do was press a button on the side and his iPad would be propped up, making it convenient for him to watch videos.

Actually, it should be noted that this kind of stand was industrial grade. It was not meant to be used to prop up an iPad at all. But for Chairman Yan, who had become an inventor just to make life easier for his beloved pet, this small detail was not worth mentioning.

As for the soft cushion… he could only say that Chairman Yan had been purchasing an increasing amount of toys =_=.

Because he was distracted by Chu Ge earlier, Xiao Yu missed a small segment of the broadcast. Right now, the reporter was already moving around inside the venue.

The venue opened at noon¹.

The crowd continuously poured into the venue, very quickly filling up the 150,000 square meter exhibition hall.

“Members of the audience, here we have the Autumn Release Conference’s biggest booth. This is the debut of the interchangeable exhibition booth style at the release conference. Only the corporations placing in the top three can use this booth as well as the large projection screen. Right now, City N’s RGL Corporation is being exhibited…”

Xiao Yu already knew about the interchangeable booth from his past life, so he didn’t feel like it was anything surprising. But right when the camera changed its angle, Xiao Yu saw an unexpected face.

Perhaps instead of unexpected, the more appropriate term to use might be bizarre – – because that was the face that Xiao Yu used to see every morning in the mirror during his past life.

Yes, Xiao Yu was looking at himself.

That feeling was abnormally strange and caused Xiao Yu to shudder.

In his past life, he worked extremely hard on SI’s Autumn Release Conference. Before the start of the exhibition, he was still verifying all sorts of matters up until the last minute. It was not unreasonable that he could have left a bit late, and was thus captured on camera as a result.

It wasn’t long before he felt that he was worrying over nothing. Yan Jin was not the type of person who would go and strike up a conversation with the designers from the rival corporation. In his past life, nothing out of the ordinary happened during this event. In this life, with all the precautions he took, it was even more unlikely for something unexpected to happen.

Not to mention, even if they did end up talking with one another, it was not like anything would come out of it.

As soon as Xiao Yu thought of Yan Jin, he heard a notification alert. He opened up his QQ to take a look, and as expected, the notification came from Chairman Yan.

[Grey-white SS]: What are you doing?

Xiao Yu almost sent out “just watching the Autumn Release Conference”, but luckily he remembered what Chu Ge had said earlier. In order to prevent Yan Jin from feeling too proud of himself, he purposefully skirted around the subject.

[Fishy]: Just a random one.

[Fishy]: He’s in his room, not sure what he’s doing. This morning he bullied me, hn.

[Grey-white SS]: Hmm? He went that far? I’ll help you scold him.

Yan Jin didn’t have any doubts over the truthfulness of Fishy’s words. He didn’t even ask Xiao Yu how he was bullied before simply clicking on Chu Ge’s avatar.

[Grey-white SS]: What are you doing?

[Grey-white SS]: Why are you watching it? Can you understand what is going on? lookingdownonyou.jpg

[Chu Ge]: Dammit. Whether I understand or not, what does it have to do with you? If Fishy can watch it, why can’t I?

Chairman Yan raised the corner of his mouth, feeling pleased.

[Chu Ge]: That’s right, you’ve only been gone for a few days and he’s been thinking of you. Do you feel moved? If you do, then quickly go stand in front of a camera so that we ordinary folks can feast our eyes on your image.

[Grey-white SS]: It won’t work. Everyone’s attention is captured by the mysterious designer’s work. Even if I were to go back right now, the cameras wouldn’t bother filming me.

[Grey-white SS]: On my way to the airport.

[Chu Ge]: Huh? You’re already coming back? This is just the first day. You’re not planning to take charge of the upcoming few days?

[Grey-white SS]: Everything is accounted for. What reason do I need to stay?

[Chu Ge]: I’ll say, as the chairman, don’t you think you’re being careless with your responsibilities?

[Grey-white SS]: Hah, a chairman who has to do everything himself isn’t a good one. I believe in my subordinates’ abilities.

[Chu Ge]: Bullshit, which other chairman would leave on the first day of such an important event? Y-y-you … You miss Fishy don’t you?

[Chu Ge]: Whatever, the earlier you make it back, the earlier I can leave. This master hamster is really too difficult to serve.

The central booth was the best spot of the Autumn Release Conference. Usually, it would be surrounded by people from all sides. However this time, because of the appearance a heavyweight exhibition item, the central booth lost a lot of its attractiveness and became desolate.

And that extraordinary exhibition item was, of course, Mr. Mystery’s couple rings.

The results did not leave him disappointed.

A massive crowd immediately surrounded the area around the booth. They only had one purpose—to see the couple rings that had caused a bloodbath on various forums and social media overnight, the Moonlit Manacles.

Although Xiao Yu thought of this name right from the start, he originally planned on changing it to a more appropriate one after he finished the design. However, when he was unable to come up of a better one, he decided to keep this straightforward name.

The couple rings were shaped like a manacle. The slight taboo feeling caused people who were used to seeing love themed jewelry to look at it with shining eyes. At the same time, the half-moon design that fit together perfectly caused many to marvel.

The image of the moon has been used to convey many different meanings. However, whether it was being used to express regret over a one sided love or to express how love was always changing like the phases of the moon, none of those expressions were able to bring to mind the perfection of love.

That was why in the end, Xiao Yu decided to use a half-moon. When the two half-moons were placed together, they created a full moon. It was just like a fairy tale romance of two incomplete people coming together to form a complete whole.

In order to coordinate with the couple rings, YL worked overnight to change the decorations of the exhibition booth. The background was changed to a night scene at a medieval garden. The dim lights created a hazy romantic atmosphere under the moonlight.

“My god, these pair of couple rings are so beautiful!”

“I already had my eyes on this pair during the pre-selection. I even voted for it many times.”

“When will the real item be made? Just looking at the image isn’t enough. We can’t even take a photo of it.”

Because of the huge crowd of visitors, YL’s employees were forced to use a loudspeaker to maintain order. Throughout the history of the Autumn Release Conference, it was rare to see this sort of scene.

Secretary Fang, who was left behind, was temporarily demoted to a helper. After busily running back and forth for a couple of hours, she was dead tired by the time intermission came around.

However, although Secretary Fang’s body was wracked with fatigue, it wasn’t able to affect her strong sense of satisfaction. She felt so proud and happy seeing the huge crowd.

While YL’s exhibition was enjoying the heated attention, the exhibitions in the surrounding area suffered a calamity. According to the statistics at the end of the first day, other than YL, the attendance rates of all other exhibition booths saw a decrease of at least thirty percent compared to last year.

At first glance, thirty percent was a big number. And in reality, it made a noticeable difference.

The Autumn Release Conference started out as a place for industry professionals to certify jewels as well as to show off their new releases. After a few years, it became more commercialized. Now, it would not matter if you were an industry professional or a regular person. As long as you purchased an entry ticket, you could attend the jewelry conference.

Of course, industry professionals wouldn’t focus all of their attention on YL just because of the mysterious designer’s work that had not even been produced yet in real life. Thus, the decrease of thirty percent in attendance all came from people who were just there to watch the bustle.

Although these people might have come to the Autumn Release Conference to be a part of the crowd, once they left, they would take up another identity. That of a customer.

Comparatively speaking, were the customers’ thoughts less important than an industry professional’s evaluation? Of course not. One might even say that it was the direct opposite.

Not to mention, the Autumn Release Conference had never been the top venue for exhibiting international-level jewelry designs. Its main purpose had always been to attract the customer’s attention; to help the various corporations advertise this season’s, next season’s, or even next year’s merchandise.

Making full use of the mysterious designer’s fame, YL was no doubt the biggest winner of this year’s Autumn Release Conference.

Although less people attended the second half of the conference compared to the first half, Secretary Fang was still so busy she didn’t even have time to get a drink of water.

That was because after the enthusiasm for the mysterious designer died down a bit during the second half, YL’s own exhibition items were able to showcase their charms, gaining some positive attention and good reviews.

In first half of the day, YL used the Moonlit Manacles to attract the visitors over to their exhibition booth. Then, during the second half, they successfully transferred the audience’s attention over to YL’s other exhibition items, causing a huge crowd to circle around YL’s exhibition booth all day long.

They never imagined that other than the Moonlit Manacles, YL still had another clincher.

“Why is everyone going over there?”

“What happened? Let’s go have a look.”

“What kind of special effect is that? We can see it even from over here. Let’s go check it out.”

Yes, what they thought wasn’t wrong. YL really did give up exhibition booth number eighteen, but they didn’t sell it to another participating corporation. Instead, they sold it to the mysterious designer. 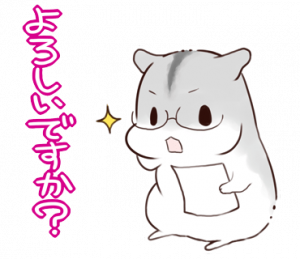