TLCPS- Chapter 58: The Mystery Behind the Vice President’s Position

Chapter 58: The Mystery Behind the Vice President’s Position

It had been a month since the Spring Festival ended and the company was back on track. Everyone was working diligently and striving hard so that the company would yield better profits and results.

The office of Wen Corporation’s President was very different. It was much bigger than other presidents’ offices because the President and Vice President shared an office.

Why do they have to work together? Clearly, it was the Wen family’s business but the president was Ye RuiXi. Why was the family’s heir willing to work under an outsider?

That was what all of you thought, right?

That actually wasn’t the case…

In fact, it was simply because—

After graduating from university, Ye RuiXi’s arrogance made it difficult  for him to work under other people. Ye RuiXi’s family business was also different from Wen YiHong and Zhang Heng’s families since his father was an artist and his mother worked in the same industry. Ye RuiXi’s family did not have any authority for him to hold a high position or become president.

Even Ye RuiXi’s father was worried about his son since he was an adult now. However, he was unwilling to take the civil service exam and live a comfortable lifestyle. He was also unwilling to work in the career he majored in.

“Son, your mom and dad don’t have a lot of savings…” That’s right; they always went on  honeymoons and spent all of their money on overly sweet gestures.

Ye RuiXi sighed and said: “Don’t worry, I’ll ask Wen YiHong if there are any job openings that he could recommend me for.”

“Dad, what are you thinking? I am not going to beg others!”

“What nonsense are you talking about?! Your dad is an artist with integrity!”

The next day, Ye RuiXi’s father hid from him and secretly looked for Wen YiHong— even though he was just asking Wen YiHong to go out for a meal.

Wen YiHong greeted politely: “Hello Uncle Ye. How are you?”

“Good. Thank you for always taking care of my silly son.”

Wen YiHong waved his hand in denial: “Actually Ye RuiXi is very smart…” Although he was a little silly in some aspects … For example, he did not understand why the protagonist in a novel gave up on art in order to survive. Perhaps, it was because he had an artist’s mentality.

Ye RuiXi’s dad shuffled his hands before blurting: “My son is going to be broke and after he graduates, he will be following you guys back to China. His mom and I will not be following along. Thank you in advance as I hope that you can arrange a job for my son.”

Unexpectedly, Wen YiHong accepted. It was all because of that misunderstanding, which was never resolved over the course of 4 years

The trio boarded the plane home where Wen YiHong would return to his own house and Zhang Heng to that empty house in China that  he had not seen in a long time. But what about Ye RuiXi? His whole family immigrated to America, so they sold their house in China.

Ye RuiXi stood in the airport and tugged on Wen YiHong’s sleeve. Timidly, he asked: “What should I do?”

Zhang Heng already got into the taxi and he did not hear Ye RuiXi’s plea for help. Wen YiHong had no choice but to let Ye RuiXi stay with him.

Wen YiHong turned around and grabbed Ye RuiXi’s elbow: “Come to my house. I’ll take you in.”

“Son, you’re back? Sorry, Mom and Dad had to attend a conference during the day. We couldn’t make it in time to get you from the airport, but it’s good that you’re back. Come and  let Mom take a good look at you. It’s been such a long time since I last saw you!” His mom told him to put down his luggage and turn around a few times for her to take a good look at him.

His mom noticed there was someone hiding behind Wen YiHong— “Oh? Hong Hong, did you bring your girlfriend home? You even hid her from your mom??”

Wen YiHong pulled Ye RuiXi out from behind him. Ye RuiXi stood in front of his mom and said: “Hello. How are you Mom?” Ye RuiXi was so nervous that the words slipped right out of his mouth. He even called her Mom just like Wen YiHong did.

There was a smile on Mrs Wen’s face as she patted Ye RuiXi’s shoulder: “Good! Good! My second son! I have another son now. Mom is really happy!”

Later that night at the dining table, Wen YiHong explained to his parents who Ye RuiXi was and about him living at their house. He also told them about how Ye RuiXi was looking for a job.

“He is actually the son of that famous artist? He has a charming nature! He actually became my son! I’m really happy!” Wen YiHong’s mom was very excited. His father who was sitting at the side listening to the conversation also excitedly said: “In that case, he is also my son!”

“Hahahahahaha! It’s easy to get him a job! We have a subsidiary company under the Wen Corporation. The President resigned so you and Ye RuiXi can go to the company and assume the President’s position!”

“Huh? Why?!” Ye RuiXi was shocked when he heard this! He was given a really high  position that came with a lot of responsibility. If he were to be the president, he would be above Wen YiHong. Instead of simply being a guest, he would end up leading his host?!

However, Wen YiHong’s father said that in Wen Corporation, the vice president had to do a lot of things as well. It would allow Ye RuiXi to gain more experience by participating in other outside activities.

Ye RuiXi said that he still has not figured out if he wanted to start a business and become a CEO… When he initially majored in economics, it was so that he would be able to sell more of his parents’ paintings in the future. At the same time, he wanted to teach them about  managing their finances so that they would not lose all of their family fortune.

Maybe in the future he might give up his business in exchange for art?

However, Ye RuiXi did not mention it because he did not want to ruin the enthusiasm of Wen YiHong’s parents. He felt slightly bad about it.  But what about Wen YiHong? Ye RuiXi glanced at him from the corner of his eyes and coincidentally met with Wen YiHong’s eyes.

[1] NEET- A young person who is no longer in the education system and who is not working or being trained for work. (Not in Education, Employment or Training) 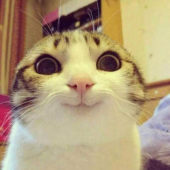