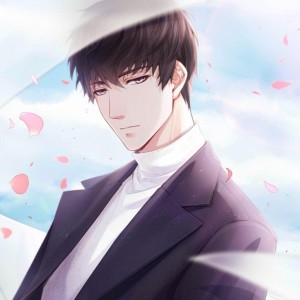 Chapter 6 The Cat and the Old Residence (1)

I had just started the new semester, but my mind was already plagued by many worries.

My train of thought was interrupted by a loud shout and soon after followed by a black object that quickly flew past my eyes. It even ruthlessly slammed into my tummy, shocking me until I almost fell to the ground.

After looking at it cautiously, the black object was actually a cat which had hit me just now without any heed. Now, it was calmly standing by my feet licking its paw as if nothing had happened.

I turned around to look, as a girl with her hair tied into a high ponytail ran over frantically.

“Is this your cat?” I pinched the scruff of the neck of the black cat and lifted it. But this rude little bastard instantly brandished its sharp claws at me and struggled out of my grip.

“Coo! You can’t do that!” The girl anxiously bent over and stooped down to hug the black cat. The moment the black cat saw its master, it became docile, squinting its eyes and began to purr while the girl kept repeatedly apologizing to me.

“I’m truly sorry. My Coo’s temper is a bit strange. Did he hurt you?”


“No, in fact, it only bumped into me.” I hurriedly gestured with my hands to indicate that I was alright.

The cat stared at me arrogantly and meowed rather spitefully.

“Seems like he doesn’t like you that much.” The girl smiled for a while, then seemed to recall something as she suddenly said, “Ah, Classmate Gu Yu. You’re Classmate Gu Yu right?”

The girl let out a sigh of relief upon confirming that she had gotten the right person. A smile broke out on her face as she said, “I’m Su Xiaoyun and I’m in the same class as you. Don’t you remember?”

I once again sized the girl up and down. She had a fine, oval face and thin, fine eyebrows. When she smiled, her faintly discernible dimples would reveal themselves.

After she said that, I remember that I had indeed seen her during yesterday’s class meeting. She was sitting near me, but since she had her head lowered from the start to end, I had not been able to get a good look at her face.

She was right. I surveyed my surroundings. Distracted by my thoughts, I had unknowingly walked out of the school gates. The place I was in now seemed to be near the gates behind the university. Due to the fact that it hadn’t been well maintained, weeds were growing everywhere and even the road was hidden from sight. Only a meandering alley path trodden out by people could be found, unknown as to where it led.

“Ah, I…There’s something troubling me, so I came out to take a walk.” I scratched my head.

“A walk. Well, the weather is quite nice today.” Su Xiaoyun found a clean rock to sit on, her hand stroking the purring cat. She smiled at me. “What a coincidence. There’s something that’s been troubling me recently too.”

“I’m talking about this guy!” Su Xiaoyun pointed at the squinting black cat on her knees and said somewhat in distress, “Coo used to be very obedient back then but I don’t understand why he seems to enjoy running around all over the place recently. The moment I’m not careful, he gives me the slip and disappears. I ran out today because I was chasing him.”

So that’s why. I smiled in my heart.

“What about you? What worries or troubles do you have on your mind?” Su Xiaoyun shifted nearer, asking in concern. “Did you get a bad dorm? Or are you unsatisfied with the academic programs?”

Just as when I was racking my brains to think up a reason, the cat on Su Xiaoyun’s lap suddenly shot out without a sound, dashing away like an arrow released from a bow.

Regardless of how Su Xiaoyun shouted, the cat completely ignored her. In a split second, its figure vanished into thin air.

“No! Oh no! Why is he so fast now?!”  Su Xiaoyin anxiously scrambled to her feet. She lifted her skirt and was preparing to dive into the bushes after it.

“I’ll go! You just wait here for a while!” I instantly stood up to volunteer. No matter what, I could never allow a girl to run into places like that.

As I spoke, I ran along the small alley with weeds constantly obstructing my line of sight on both sides. The pathway underneath my feet was getting harder to make out. In the end, I had no other choice but to slow down my pace to avoid being cut by the serrated weeds.

No matter how they hadn’t been tended to, the weeds were really too lush. I kept prying apart those tall weeds as high as my chest, trying my hardest to find that black cat. Alas, even after having walked for a long time, I still saw nothing.

The more I went on, the more I felt something was not quite right. Were there really so many weeds behind the university? Also, it strangely felt as though I could never reach the end of the road no matter how far I walked.

Just when I was about to give up hope and got ready to head back, all of a sudden, a building appeared before me.

That wasn’t an ordinary building. If I didn’t know that I was just behind the university, I would have thought I had transmigrated.

It was an extremely large old-style residence with white walls and green stone roof tiles. One could vaguely see a locust tree branch stretching out from the yard. A pair of wide doors stood right before me and two massive lion head door knockers on the maroon door planks stared impassively at me.

Why was there a place like this behind the university? It was barely a few days since I arrived in this city and I had met with many weird occurrences in a row without fail. The first reaction I had when I saw this building was that all my hair stood on end and I wanted to leave this place as fast as possible.

But just when I was about to turn around, a minute cat’s meow echoed from within the residence.

What? Could it be that Su Xiaoyun’s cat had really run into that house?

But, this cat could belong to the family…


Another meow sounded out, which sounded the same as Su Xiaoyun’s black cat. It was sharp and delicate. There was absolutely no mistake.

I crouched down before the large door of the house and buried my face in my knees. After contemplating for three seconds, I sucked in a deep breath and made my decision.


What was I scared of? I, Gu Yu, am a dignified masculine man. What evil monsters were there to be afraid of? In addition, it was broad daylight. I don’t believe there were any female ghosts or spirits that would come out to harm me in broad daylight.

I would just head in to take a peek. Just one peek. I kept chanting silently in my heart as I neared the door. I was only here to look for the cat…

As I was pondering deep down on how to not make any commotion so I could enter the residence without a fuss, the large maroon doors suddenly flew open with a loud creaking sound.

My heart thumped furiously. Yet, I still mustered up my courage and entered the residence.

The yard was huge, with white courtyard walls partitioning various different smaller yards. Unfortunately, the cat chose this time to keep quiet so I could only put on a bold front and blindly search for it on my own.

“Coo, are you here?” I lowered my voice to shout. “If you’re here, please meow!”

I went past two door openings. Not a single soul could be found in such a big courtyard. There was only a thick locust tree where flowers bloomed abundantly quietly situated there.

But then again…do locust trees blossom in September?