Kingdom of Dong Xing is located in the northern region of the great continent of Qianlong. It was only a small kingdom with a weak military strength. Despite that, Dong Xing Kingdom is rich with raw resources such as jade mines as well as the different kind of salts reserves found throughout the kingdom. Because of this, the Kingdom of Dong Xing became the target of bandits, barbarians and even the nearby countries.

Luckily, the king of Dong Xing understood that having all of these resources to himself would spell destruction upon his kingdom, thus, he decided to make an alliance with their neighbouring countries. Each year, Dong Xing kingdom will offer tributes to them in return for protection. Seeing that they do not need to fight and make a needless sacrifice, the countries agreed.

Securing the treaty, Dong Xing Kingdom did not stop there. Instead, it turned towards the sea trades. Their first sea trades was a big success thus, they began to export the jades as well as the salts that they had produced. In just several decades, the treasury in Dong Xing kingdom was filled to the brim. Even so, Dong Xing kingdom did not try to increase their military strength in fear that the moment they do, their allies will think that they are trying to pull away from the alliance and then crush them instead.

It was only unfortunate that they could not hide the news of their successful trade endeavours. When their allies noticed this, they turned green from jealousy. In order to retaliate, they pulled out of the treaty and stopped protecting Dong Xing kingdom.

Without protections, Dong Xing Kingdom once again became the targets of the bandits and barbarians that live nearby. And as if adding more insult to injuries, pirates have started to roam their seas and now, even their trades are being cut off. This continued for several years and before long, the treasury reserves of Dong Xing Kingdom is almost used up. Their jade mines were taken over by bandits and barbarians had secured most of their salt reserves.

Within the palace of Dong Xing Kingdom, King Song Min, the current King of Dong Xing, stared at the reports in his hands and let out a heavy sigh. It was another report of their salt reserves being attacked by bandits and they had already lost it. King Song Min was only on his forties and yet, due to overworking and the stress, he had aged faster and looked like someone around sixty years of age.

Beside him, a eunuch dressed in his official attire stood while he grinds the ink against the inkstone, silently accompanying the king. After a while, King Song Min finally put down the report and picked up his brush. Taking an empty piece of scroll parchment, he began to write a letter. The letter was addressed to the Emperor of Ruan Yu, asking for the Emperor’s help. Once done, he handed it to the eunuch beside him.

“Steward Yun, please give this to Prince Lihui. Tell him to deliver this to the Emperor of Ruan Yu. Also, get General Hong to accompany him,” King Song Min said to the eunuch known as Steward Yun.

Steward Yun lowered his head as he received the scroll parchment. “Your servant understands, Your Majesty,” he replied.

Steward Yun once again bowed to his king before he left the study room in order to carry out his duty.

Reach out to the author by scanning the code below or by pressing this link. 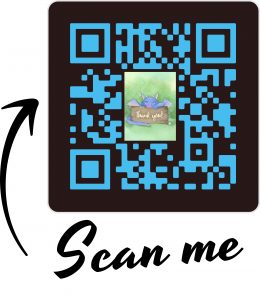