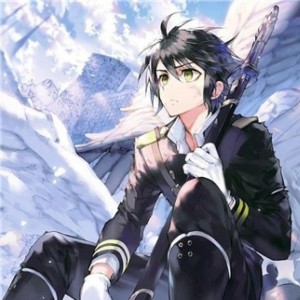 To celebrate the start of August, the first 2 books of Rest in a Demon’s Embrace: Fall of the Demon Prince and Troubles of a Demon Prince are now available in our new eBook store!

Rest in a Demon’s Embrace is one of the first original series we’ve been hosting on our website, written by Tinalynge and Blue Jay. The eBooks will be available at the discounted price of $2.99 for two weeks, so get your copies while they’re on sale and show your support to the authors!

Tinalynge & Blue Jay have dedicated much of their time to writing this wonderful series, and there is an ongoing webcomic with art by Dyumint as well. Please check it out!

And if you’re curious about the series, here’s a quick introduction:

In the village of Jinwei, Luo Xiao grew up like a beautiful bird locked in a cage. He was weak from birth and unable to leave his bed for an extended period of time, yet his beauty made him well-liked amongst the villagers.

One day disaster struck the village of Jinwei. A Corpse Puppet appeared wanting to eradicate all life. A seal was unlocked, and soon the Corpse Puppet was dead under the hand of the sickly Luo Xiao, but this was not the end of his misfortune.

Thanks for your support, and happy reading!