So What If You’ve Been Reborn 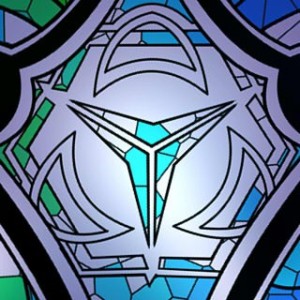 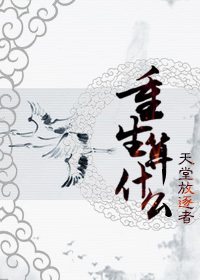 So What If You’ve Been Reborn

In the main character Cheng He’s life, lunatics harboring a very deep prejudice towards him would often appear and do some strange things.

One time after Cheng He got rid of a group of assassins and found the true culprit behind the scenes:
Cheng He: “You and I are total strangers, so why are you targeting me?”
True culprit: “Bah! You will kill me ten years later, so of course I must strike first to prevail.”
Cheng He: “……”

Cheng He: “This Daoist compeer, you and I have neither past grudges nor recent enmities. Why must you be so aggressive and threatening?”
That Daoist: “Hmph! There will be plenty of hatred between us in the future. Haven’t you looked at this poor Daoist with resentment your entire life?
Cheng He: “…My life has barely started you know!”

Villain 1: “Cheng He! Because of your sect, XX Sect refused to accept me, and I had no choice but to fall into the demonic path!”
Cheng He: “Who…who are you?”
Villain 2: “You destroyed my future sweetheart’s meridians and appearance. I’ll never give you the chance this time!”
Cheng He couldn’t help but muse: There’s definitely something wrong with my life!

PS: A handful of people were reborn.
Therefore, the MC who wasn’t supposed to become apprenticed to a master so early, entered a sect. And the MC who wasn’t supposed to have his mettle tempered so early…became overpowered.
This is a melodramatic story where those who were reborn won’t succeed. Instead, they’ll end up pushing the MC, who was originally meant to live a tragic life full of suffering, onto the path of a winner in life.

This novel is so good. Like seriously, it’s incredibly well written and an amazingly fun read. The official synopsis (as I’ve translated above) grabbed me from the get-go, and I’ve never regretted it since.

This story can be roughly split two parts. The first part is butterfly effects, which is crafted really well and is focused on how those reborn with their past memories run around trying (and failing) to kill an amnesiac MC.

The irony that people with their past memories are trying to kill a guy who literally can’t remember what he ate yesterday is so good. And how MC’s life gets changed due to that is both entertaining and will also give you a lot of feels, especially after you find out just how badly his last life went.

The second part focuses more on the overarching conspiracy behind the Celestial Realm, MC overcoming his past, and ‘cycles’. I won’t spoil much, but the concepts that this novel touches on are quite deep and unexpectedly thought provoking. The world building is stellar, and that’s all I’ll say about that.

This novel has a much higher word count than what I typically read, but it did not feel long at all. It’s so rare to find a novel that grabs your interest and then never lets go, and this is a brilliant balance of a serious plot with plenty of humor.

You’re always interested in what’ll happen next, yet never bogged down while reading because it makes you laugh when you least expect it. When it ended, I was both very satisfied and dearly wished for more.

Also, this utilizes such a unique concept. Usually, it’s the people who are reborn that end up succeeding as they have future knowledge, but this overturns that brilliantly and actually made me raise my standards for other 2nd chance rebirth stories. The cause-and-effect is done so well, which makes the world feel real and keeps you interested in what’s to come.

Even if you know of one possible future, that doesn’t guarantee you’ll be able to manipulate reality exactly as you wish. This story embodies the theme of “going against fate”, and I honestly wish I was more eloquent in describing just how wonderful of an experience reading this had been.

To be honest, this novel has less intrusive bl than even The Founder of Diabolism. However, that doesn’t mean MC and ML’s relationship is neglected. It’s just not the focus of the plot, and personally, I love this story all the more for it. Let’s be honest here: when your life is being targeted left and right, romance should not be your first priority.

MC and ML have a very equal and loving relationship that’s built on trust, and it actually shows. After all the overbearing/way too possessive/doesn’t respect personal space male leads you so often find in other novels, this one’s a breath of fresh air. ML doesn’t treat MC like glass, but still genuinely cares for and protects MC whenever MC can’t manage on his own.

They respect each other, trust the other’s capable of taking care of themselves, and are always thinking of what’s best for their partner. To me, love has never been “must be stuck like glue 24/7”, as fiction so often portrays. I really, really love this low-key and supportive balance MC and ML have, how they get each other and accept mutually beneficial separations because they trust the other and trust in their eventual reunion. Relationship goals, honestly.

MC spends most of the novel trying to catch up to ML in terms of strength, and by the end, actually becomes stronger. How often does that happen? Also, they’ve switched in terms of who tops and who bottoms, and that’s even rarer but also makes me incredibly happy. I love tops that are willing to bottom, and seriously, why can’t all male leads be so open minded, sigh… Equal relationships FTW!!

Aside from the plot, this does an amazing job in making you love the characters, and not just MC and ML. This is probably one of the few novels in which I love the side characters just as much, if not more.

They’re memorable and have their unique personalities, and even the villains are done really well. There’s obviously the 2d, very easily killed villains, but there’s also ones with complex backgrounds and motivations. It’s a good balance, and really, this entire novel can be summarized as having that perfect balance.

And seriously, all the characters feel alive. Many have their unique quirks, but they’re not defined by that unique quirk. And more importantly, they all have their own lives/goals that don’t revolve around MC. Yes, even the people trying to kill MC aren’t all dedicating 100% of their lives to solely killing MC.

The biggest thing that disappointed me about this novel was the fact that there isn’t an entire extra book about the side characters. I seriously wished we knew more, because most of their stories are incredibly intriguing and worthy of their own novel series. It’s that good.

About the most hilarious sect:

Let me rant about my favorite character (TianYan) + his sect, because how can I not. He’s one of “MC’s enemies” that was reborn, the Daoist that’s mention in the official synopsis. And the sect he’s in is the best sect out of all novels I’ve ever had the pleasure of reading. Seriously, Riverfall Sect is the best sect.

Honestly, every single character from that sect is great. They’re not your usual uptight sect and their specialty is divination rather than fighting. Also, their sect rules are very unique, in that the next Sect Master is basically whoever can divine the will of the Heavens best, regardless of seniority.

Which makes for hilarious situations, such as the case with TianYan. In his past life, his seniority was very low because his spiritual root was only average, but his comprehension aptitude was very high, so he became a super strong diviner. There was also the war between the demonic and righteous factions, so after a lot of casualties and the previous sect master’s ascension, TianYan ended up as the next sect master.

And he was a great one. But as mentioned earlier, his seniority was very low, and convention went, anyone with a higher seniority than the sect master would obtain the “elder” status.

And everyone in that sect was damn proud of it, although their poor sect master suffered a lot, like severely lacking in funds (elders get paid more lol). TianYan then later became the alliance head of all the righteous sects in the war, and the things that happened, lmao~

Like, Riverfall “elders” bragging to others: “Who do you think you are?! I’m the Great-Great-Martial Uncle of the Riverfall Sect Master/alliance head of all the righteous sects!”

Or like, whenever other sects complained about Riverfall Sect not pulling their weight because they specialized in divinations, they’d retort with: “We deployed our Sect Master’s Great-Great-Great-Grand-Elder-Martial Uncle, I’d like to see you deploy your sect master’s too!!”

Everyone else: Like hell we can! They’re long dead or already ascended, our sect’s not messed up like yours!

TL;DR: This novel has an amazing plot, great characters, and 10/10 humor. It’s hands down fantastic from beginning to end.