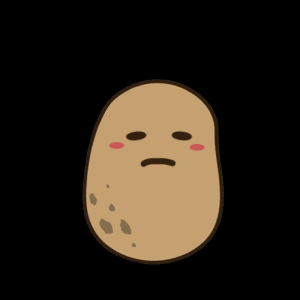 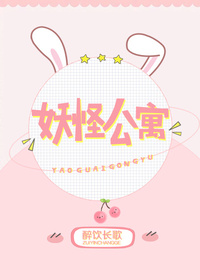 Gu Bai carried his drawing board, and moved into a terrific apartment building.

He realised that on his left lived a Headline Queen, on his right side a veteran film emperor, and when he went out to take the lift, to his right stood a supermodel, and to his left a top ranking lawyer.

And opposite him lived a financial heavyweight commonly seen in finance magazines.

“Excuse me, Mr. Gu. What was your biggest gain from your relationship and subsequent marriage with President Si?”

Gu Bai thought for a bit, then replied, “probably saving the world.”

In 醉饮长歌’s (zuì yǐn cháng gē) Monster Apartment, a young painter moves into a strange apartment and ends up living the dream of every young man – saving the world with a beauty beside him.

Fresh out of university, starving artist Gu Bai moves into a high-rise building and finds that all of his neighbours seem to be a little out of his league. With mysteries popping up about his true heritage and the identities of the beautiful neighbours around him, Gu Bai gradually becomes increasingly entangled with the world of the supernatural, and the famously vicious financial investor, who’s apparently weak for the snacks he makes.

The readers will follow Gu Bai’s journey as he blossoms into a wonderful young man with the confidence to speak up and the courage to bravely pursue the things he wants, all the while slowly falling for his neighbour, the financial investor Si Yiming, who might just be a being out of ancient myths himself.

The story itself focuses on two things – one, Gu Bai’s goal of setting up a personal art exhibition, and two, the impending doom of their world as the spiritual energy continues to disappear and the negative energy rises. While the world-building of this novel might be based on myths and legends of old, the author puts a different spin on these myths and legends by not only placing them into the modern world, but also adds unique backstories behind the beings of legend.

The relationship between Gu Bai and Si Yiming, a not-so-standard overbearing president, starts off soft and sweet as they start to slowly fit in each other’s lives and communicate step-by-step through their budding relationship. All the while working together to save the world.

While there is no clear villain in this soft and sweet romance, there is an overarching sword dangling over the heads of the characters – the impending end of the world.

However, despite the threat of cessation of existence looming over them, this is a light-hearted read that follows a story of a young artist in modern day China as he finds both himself and love and interacts with the hidden mythical creatures only found in historical records. The author’s writing style makes it easy to read, and the oddly adorable onomatopoeia adds in a breath of humour amongst the warm and fluffy feelings that this piece evokes.

Personally, I really enjoyed the way the author places the ancient beasts into a modern day context. With seductive fox spirits being actors and a tree spirit working with wood, it showcases the research that the author has placed into this novel, especially when the beasts mentioned aren’t the typical ones. However, due to the variety of myths that are brought into the story, this novel might easier for readers who have basic knowledge of traditional Chinese mythology and history.

As for the romance between the Gu Bai and Si Yiming, despite the lack of a love triangle and misunderstandings between both parties, there are still conflicts that have to be solved for their relationships to progress, and it isn’t a smooth sailing one all the way. Even with the large age difference (which doesn’t count when there’s more than 4 digits), as their relationship progresses, it’s obvious that their relationship is a healthy one with regular communication.

The side characters each have their own plot, and their issues don’t take over the main couple, although it is still present in the story.

This is a nice and sweet read for readers who are looking for a less action-y and fluffier romance that evokes fuzzy feelings within your heart. However, this doesn’t mean that it’s boring, and while things might go smoothly, it still has conflict that needs to be solved.