The Long Chase for the President’s Spouse 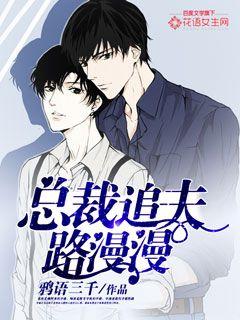 The Long Chase for the President’s Spouse

Seven years ago. Zhang Heng was a recently transferred student with poor grades; Gu Zhun was the school’s top elite student. The school dreg lost his way, prompting him to abduct the elite student to give him directions. The top student thought he would not have any other connection with this stupid person. Who would know this thing known as connection would come knocking at his door. As a result the two people who were poles apart ended up in the same elite class. The top student, free from any desires, pursued his studies wholeheartedly. The school dreg was the “Racing God of Mount Akina”, a smut master…. Who could have expected, that due to a disagreement, the two of them would inexplicably become friends. Their classmates were astonished.

Seven years later. The top student had difficulty finding a job. He met a benefactor at a job fair, quickly getting a job to avoid being destitute. Who would know that his immediate superior, the overbearing president, would actually be the “The Racing God of Mount Akina”. As such, disagreements happened, and they reconciled once again?

Prologue: Chance Meeting With a Benefactor

Chapter 1: First Encounter at the Pavilion

Chapter 6: Playing at the Hot Springs

Chapter 7: Time to set out and head back

Chapter 9: Scene of a Vicious Struggle

Chapter 15: A Struggle of Twist and Turns

Chapter 16: Drunk Lodging for the Night

Chapter 17: The Truth has been Revealed

Chapter 19: The Boyfriend is the Superior

Chapter 20: Superior is a Cheating Scumbag（1）

Chapter 21: Superior is a Cheating Scumbag（1）

Chapter 22: Digging Up Information on the Scumbag Superior

Chapter 23: A Large Dog with Chuunibyou

Chapter 28: Re-enactment of the legend of the Green Leaf Western District （3）

Chapter 29: Re-enactment of the legend of the Green Leaf Western District （END）

Chapter 31: The Little Boy is Unable to Repay

Chapter 34: The Trip to Acquire Knowledge (1)

Chapter 35: The Trip to Acquire Knowledge (2)

Chapter 36: The Trip to Acquire Knowledge (3)

Chapter 47: The Supporting Characters That Finally Learned How to Love (1)

Chapter 48: The Supporting Characters That Finally Learned How to Love (2)

Chapter 49: The Supporting Characters That Finally Learned How to Love (3)

Chapter 54: The Love Triangle Between the International Students

Chapter 55: First Encounter during the Snowfall on the Return Trip

Chapter 57: What Happened to My Image?

Chapter 58: The Mystery Behind the Vice President’s Position

Chapter 60: I Will Buy Trunks With You

Chapter 62: The First Manga He Ever Read

Chapter 64A: Revisiting the Same Places Without You

Chapter 65: Walking Away From Your World

Chapter 66: What Sort of Thoughts Are You Thinking About?

Chapter 69: I’m Always by Your Side

Chapter 70: I Found Your Parents

Chapter 71: Because You Love Them

Chapter 72: Notes on The Characters and the Plot

Chapter 84: Are You Nervous?

Chapter 85: The Demise of the ‘Racing God of Mount Akina’

Chapter 88: Why Can’t Guys Be Together?

Chapter 91: A Feast of Meat and Sausage

Chapter 92: Why Did Sister Hide the Truth?

Chapter 94: Wash Up and Prepare to Get Eaten

Chapter 95: We Are Married

Chapter 96: What’s Up With Another Couple Getting Married?

Chapter 97: The Calm Before the Storm